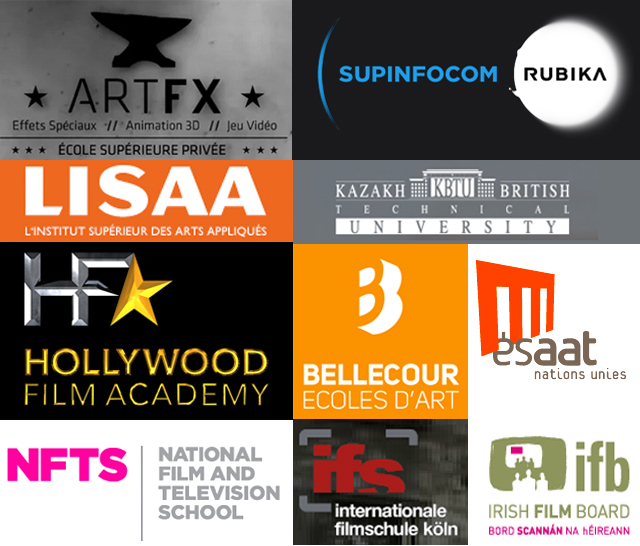 For 18 years in a row, Virginie has been running workshops and teaching master classes as well sitting on juries for some of the best animation schools in France such as ARTFX, SUPINFOCOM, LISSA, BELLECOUR, l’ESAAT.  She has also run workshops and taught master classes in renowned international schools such as the National Television Film School (NTFS) in London, the International Film School (IFS) in Köln (Germany), the British Kazakh Technical University (KBTU) in Almaty (Kazakhstan), the Hollywood Film Academy (Los Angeles) and the Animation program of LASALLE University (Barcelona).

She brings structure and methodology to visual development. She helps students and artists understand the creative processes applied to film production, thus allowing them to thrive in this field.

“ Exposing my skill set and beliefs to the artists of tomorrow, keeps me fit! ”